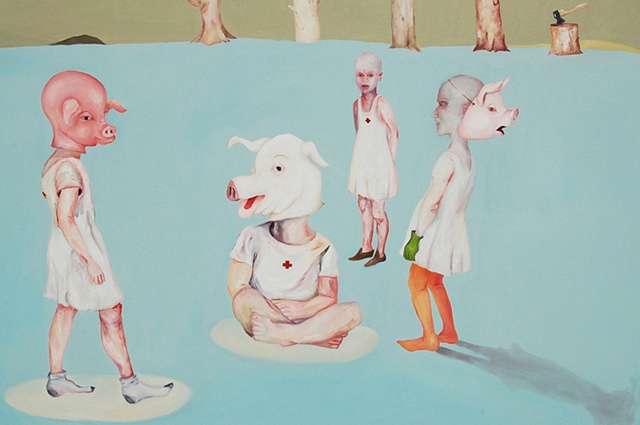 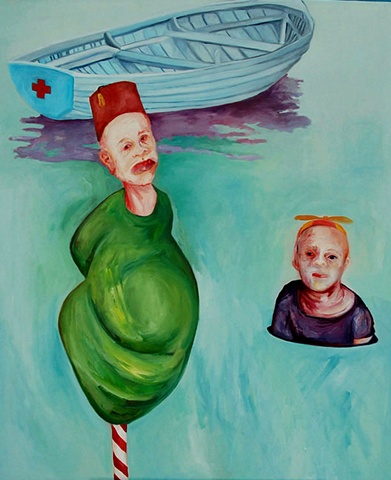 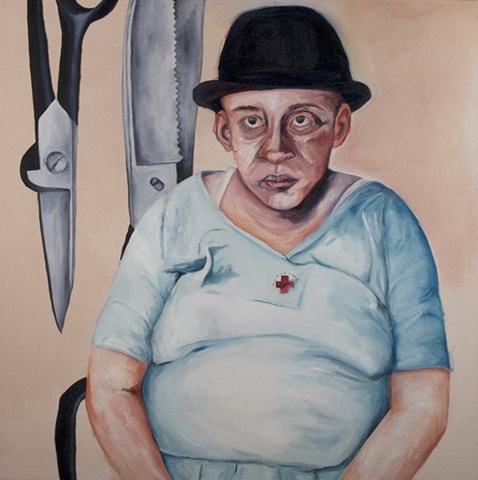 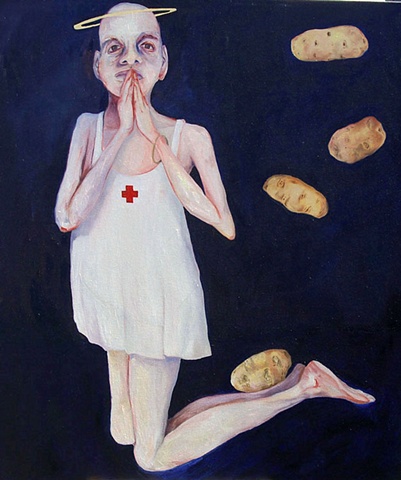 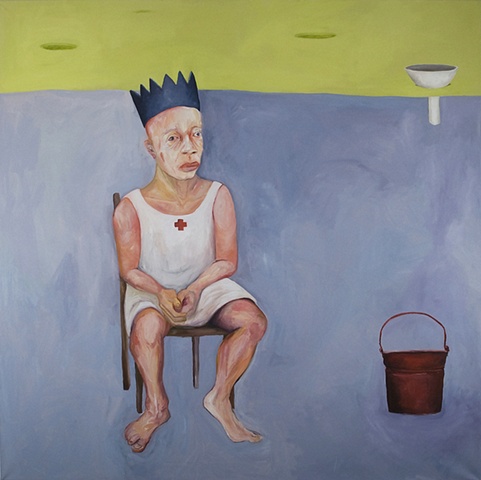 and then, like Moses parting the Red Sea, she casually dumped another bucket
Oil on canvas
48" x 48" 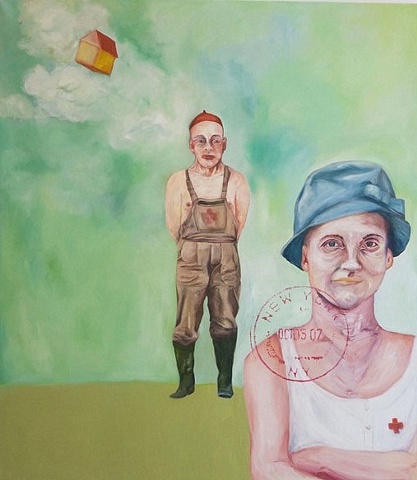 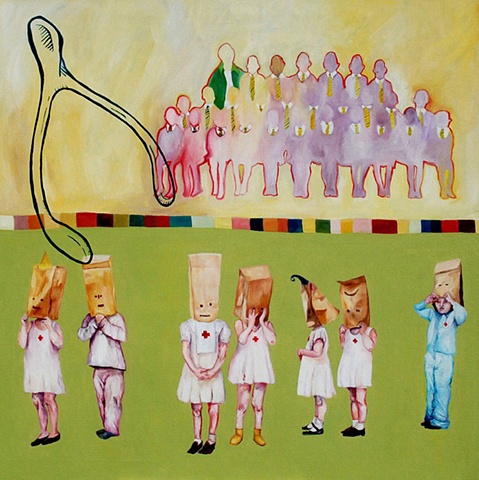 The Official Committee on Doublespeak
Oil on canvas
48" x 48" 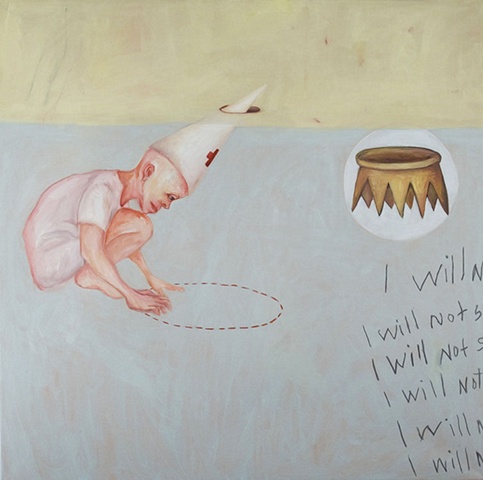 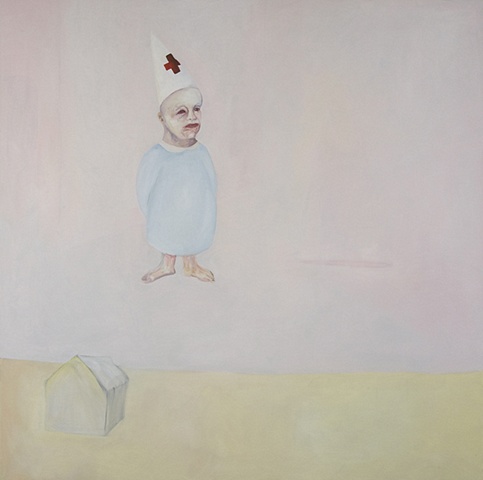 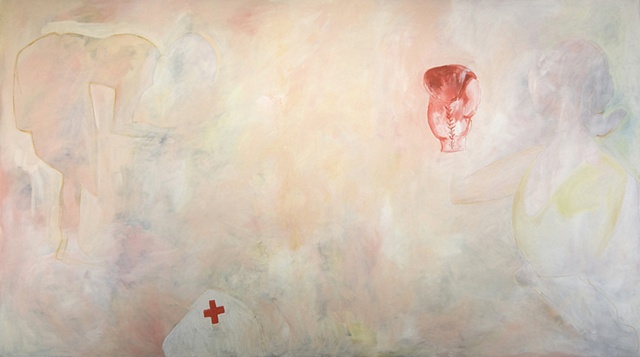 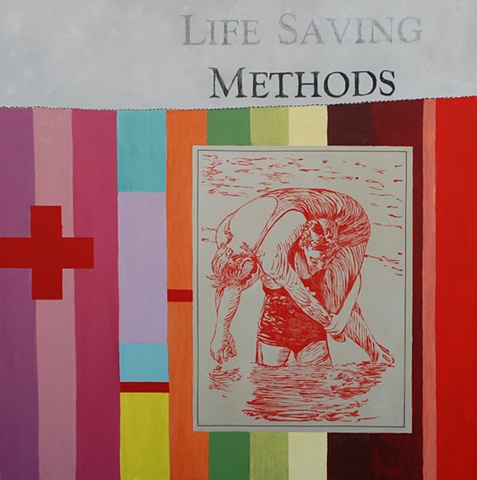 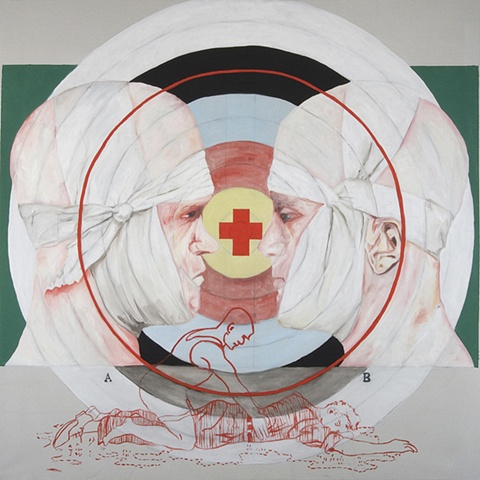 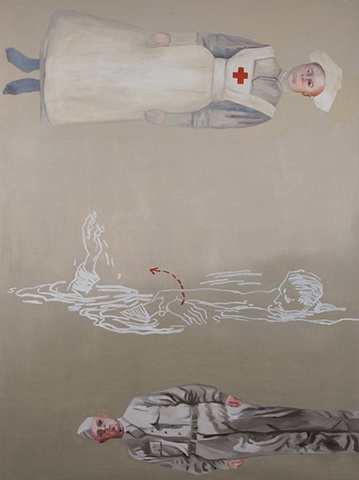 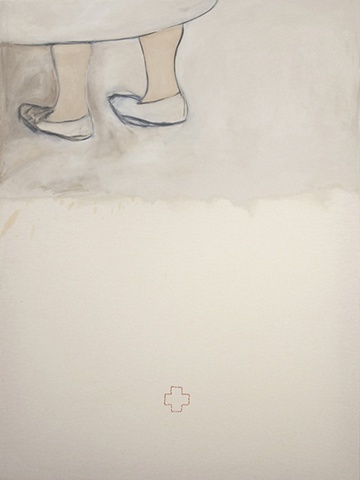 A girl thought she saw a pin on the floor, she stooped down to pick it up and found it was a piece of straw
Oil and thread on canvas
48" x 36"

This body of work, (The Red Cross Series) deals with issues that I have been concerned with throughout my life as an artist: beauty in the mundane, the absurdity of reality and the nonlinear aspects of existence. I am interested in the ambiguity implied by the placement of the odd looking figures and the common everyday objects. The narrative suggests a tension in the unknown, as if something has happened or is about to. The open-ended unease of the narrative is inspired by uncontrollable tragedies that are an aspect of the uncertainty of life. (NOLA drowned, was coincidently completed a month before the disaster of Hurricane Katrina and became a connection for me to the loss of my family home in New Orleans) The images are sometimes invented from my imagination, sourced from found photographs, and referenced from old first-aid manuals. The red-cross serves as a graphic element as well as a recognizable icon loaded with allusions and insinuations. The titles further serve to leave the possibilities of meaning open and allow the viewer to construct reality. My aim is to initiate situations that cause the viewer to perceive the illogicality of the everyday.